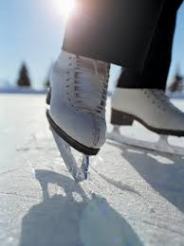 So Sam has a new girl. And while I am wildly happy for him, I am also selfishly a little sad. Sad because whenever someone new is introduced, it always means there is a shift in a relationship. While I had been one of Sam’s primary sources of entertainment (and he mine) pretty much since we broke up last summer, there is now someone else who has his attention. I’m not jealous by any means—seeing him happy makes me happy—but I do have to confront this shift in our relationship from hanging out every time neither of us had the kids to me deliberately having to ask for Sam-time when I need it.

I know change is inevitable. As besties, we had talked about it before. One of us had to find someone new, it was just a question of who had to go first. I had just hoped it would be me. Guys tend to handle heartbreak better and I would have liked to have been the one to be wildly excited about a new love while trying to figure out how Sam played into that. It’s selfish, I know, but it’s what I hoped for.

Instead I’m forced to focus on myself, which is not necessarily a bad thing. I am still on shaky financial footing, something that must be resolved before I can even consider entering a relationship. Sam calls it my Maslow’s pyramid of needs that must be met before I can enter the dating world again. I think there’s truth in that, as much as I want to jump in and catch up to the whirlwind romance he’s got going on.

I was walking to Kroger the other day and I noticed that all of the honeysuckles that line the sidewalk have disappeared for the summer. There’s no more intoxicatingly sweet smell to dance with our noses as we pass by. I know in a month or so I’ll be making that walk reveling in the dropped leaves and the long-sleeved weather of fall, one of my favorite seasons. But right now it’s just a reminder that another season has passed, something that is bittersweet. The weather is gorgeous, kids are in school, I have more time to myself to pursue other adventures, including writing and editing. At the same time there is always a bit of sadness that comes in that in-between phase between seasons, where we are saying goodbye to one and are embracing a new one.

In time Sam and I will figure out where we fit in each other’s lives. We’ve always got each other’s backs for sure. But for now I give him space as he accepts someone new into his heart, and I know he’ll do the same for me when it’s my turn. After all, to everything there is a season.

I love you all, some more than others