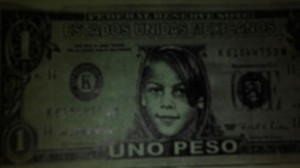 In honor of my baby brother’s 25th birthday today, I’m posting something that I wrote about him 17 years ago that I’m pretty sure he has never read. I was studying in England at the time and missed my little partner in crime terribly, so I penned some words about him.  It’s amazing how far we both have come in 17 years…he a doting husband and graphic designer, I a writer/editor and mother of 3…Here’s to you, P.C. Happy 25th…I love you!

*Note: This is in its original form with no editing, so please excuse its roughness, as I had just turned 20 when I wrote it.

He’s PeeWee, P.C., Peanut, or Pal. Mostly Peanut to her, but PRESTON CHARLES if he’s been up to no good. His names suit him to a tee on the outside, but if there was a window into his spirit he’d be “Slugger,” “Ox,” “Superman,” or “Hercules.” A tiny body with the soul of a superhero. The best way to be because he’ll shock ‘em all when he makes it big.

She’s the only one who can see beyond the seven years and three and a half feet tall that make up the P.C. known to his teachers and friends. He may only be 42 pounds, but one day he’ll be the guy everyone looks up to. Like Hootie and the Blowfish, G.I. Joe, or the Power Rangers. He’ll play rock and roll while saving the world. One day he’ll be big, but for now he’ll settle for being Peanut and his sissy’s pal.

They’re often confused as mother and son—from the identical red hair, almond brown eyes, and sprinkle of freckles across their noses. Also from their behavior together, portraying a bond that most see only capable by a woman and her child. This was true from the one month he spent in the hospital to now as he plays in the yard with the neighborhood girls.

His face brightens as he struts to the car when she calls to him that she’s taking him out for ice cream. She can actually see him getting bigger as he nears the car and climbs into the passenger seat, waving goodbye to his friends as they pull out of the drive. She lets him choose the radio station—an enormous responsibility and quite an honor bestowed upon a seven year old. They talk about his world—playing cars and building forts in the summer heat. She suppresses a giggle as he grandly sings, “Hang on Stupid, Stupid hang on.” To laugh would bruise his ego and invoke a sheepish grin. He looks too cool with his hair blowing in the wind and his hand lazily perched on the window as if he were seventeen instead of seven, so she lets the error go. Better to leave the humiliating to his older brothers. As they pull into the ice cream parlor, he grabs her hand when they enter the door. There’s no mistaking that she’s with him and that she drives.

Sitting across from him in the booth, with chocolate ice cream forming a mustache on both of them, she falls into giggles as she opens her mouth and shows him a mélange of ice cream and nuts. This appeals to his childish humor and he giggles, showing her his food. She may be twenty and he only seven, but they are a team. And a good one at that.

They have two separate world linked by a familial bond. When they overlap the only result is laughter and growing up.